Benign prostatic hyperplasia (BPH) is one of the most common prostate problems experienced by men, with an estimated 14 million in the U.S. having symptoms of BPH.

But what is BPH exactly, and what does it mean?

BPH is defined by the National Cancer Institute as an overgrowth of prostate tissue that pushes against the urethra and the bladder, interfering with the normal flow of urine. Hyperplasia means an increase in the number of cells in an organ or tissue; prostatic means relating to the prostate – the walnut-shaped gland surrounding a man’s urethra; and benign means the growth is not cancerous. While “benign” is a good thing, BPH can still cause serious symptoms that interfere with daily activities.

BPH is increasingly common as men age, affecting 50 percent of men between 51 and 60 years of age and up to 90 percent of men older than 80, according to National Institutes of Health statistics. Symptoms can include the frequent or urgent need to urinate, increased frequency of urination at night (nocturia) and urinary leakage. Less common symptoms include urinary tract infection or blood in the urine. BPH has also been linked to erectile dysfunction and reduced sex drive.

There are a variety of treatment options available, ranging from simple lifestyle changes to surgery, depending on the seriousness of the symptoms; therefore, it’s important for men who have BPH symptoms to discuss their overall health and options with their healthcare provider. A minimally invasive BPH treatment option men should be aware of is called prostate artery embolization (PAE), a procedure that has many advantages over traditional surgery or drug treatments. 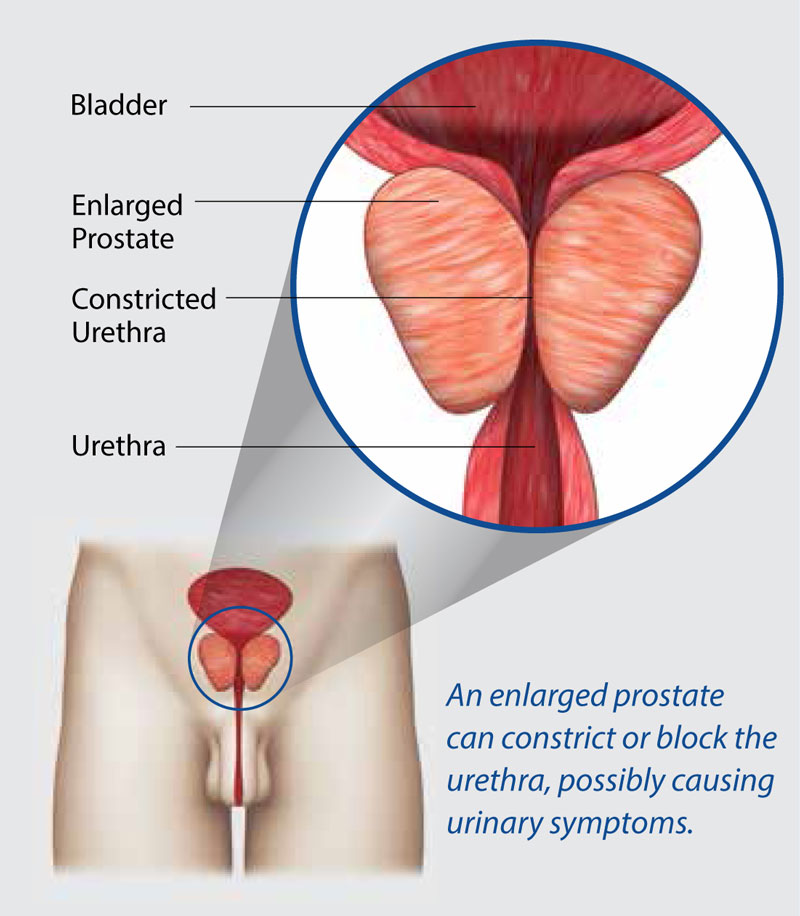 The PAE procedure involves inserting a tiny catheter into an artery in the patient’s upper thigh (femora) or wrist (radial). The interventional radiologist then uses imaging to guide the catheter to arteries supplying blood to the prostate. This is where tiny beads called microspheres are released through the catheter and into the arteries, blocking blood flow to the prostate. With reduced blood flow, the prostate shrinks and symptoms are relieved.

Unlike conventional surgery such as transurethral resection of the prostate (TURP), there is minimal risk of urinary incontinence or sexual dysfunction such as impotence.

Advantages that PAE has over traditional surgery are: 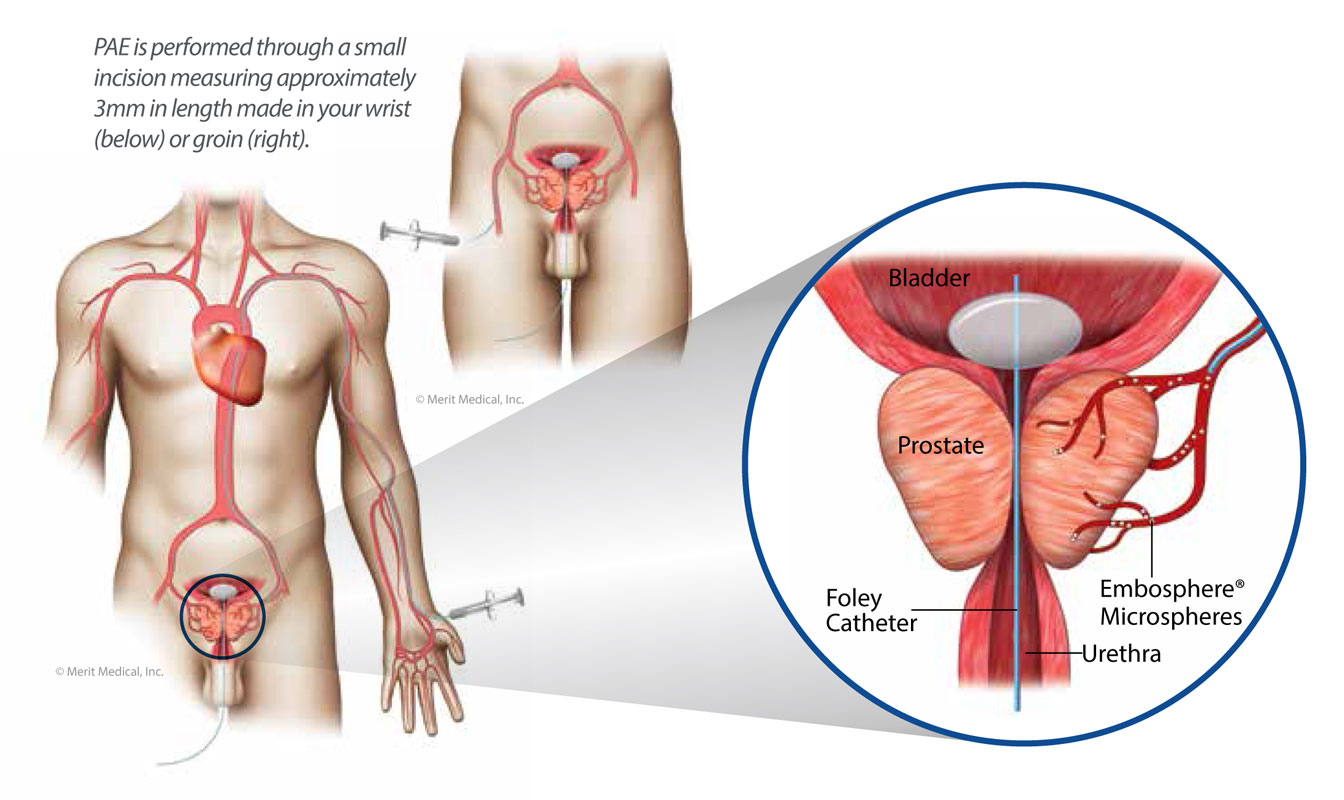 RMGSCC interventional radiologists work closely with urologists to screen men who are most likely to benefit from the procedure. Good candidates for the procedure:

Performed by highly trained RMGSCC interventional radiologists, PAE is a promising, minimally invasive treatment option for men with BPH. The procedure is less invasive than other therapies and allows men to return to normal activities much sooner.

For more information about PAE, talk to your health care provider or visit https://www.ask4pae.com